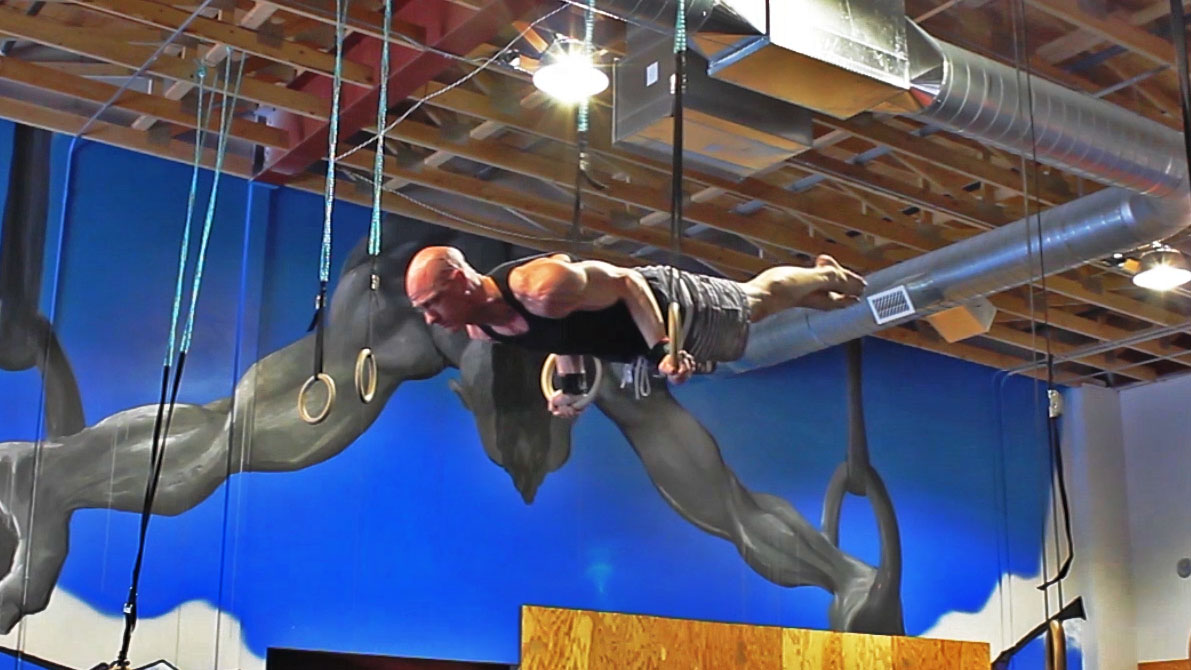 Master your body, mind, and strength. Go beyond where most programs end. Advance from basic pushups, pullups, and muscle ups to freebalancing handstand dips, 1 arm pullups, and more.

Perfect for training at home, or if you're a trainer or coach, integrating into your gym or coaching practice with levels, progressions, and mastery guides.

This program is perfect for anyone who really wants to master their body. And it’s for those who want to become the strongest and most skilled you’ve ever been in your life.

Graduation: Submit a video of you demonstrating each Level 10 Strength Move and receive your Black Belt in Ninja Strength. 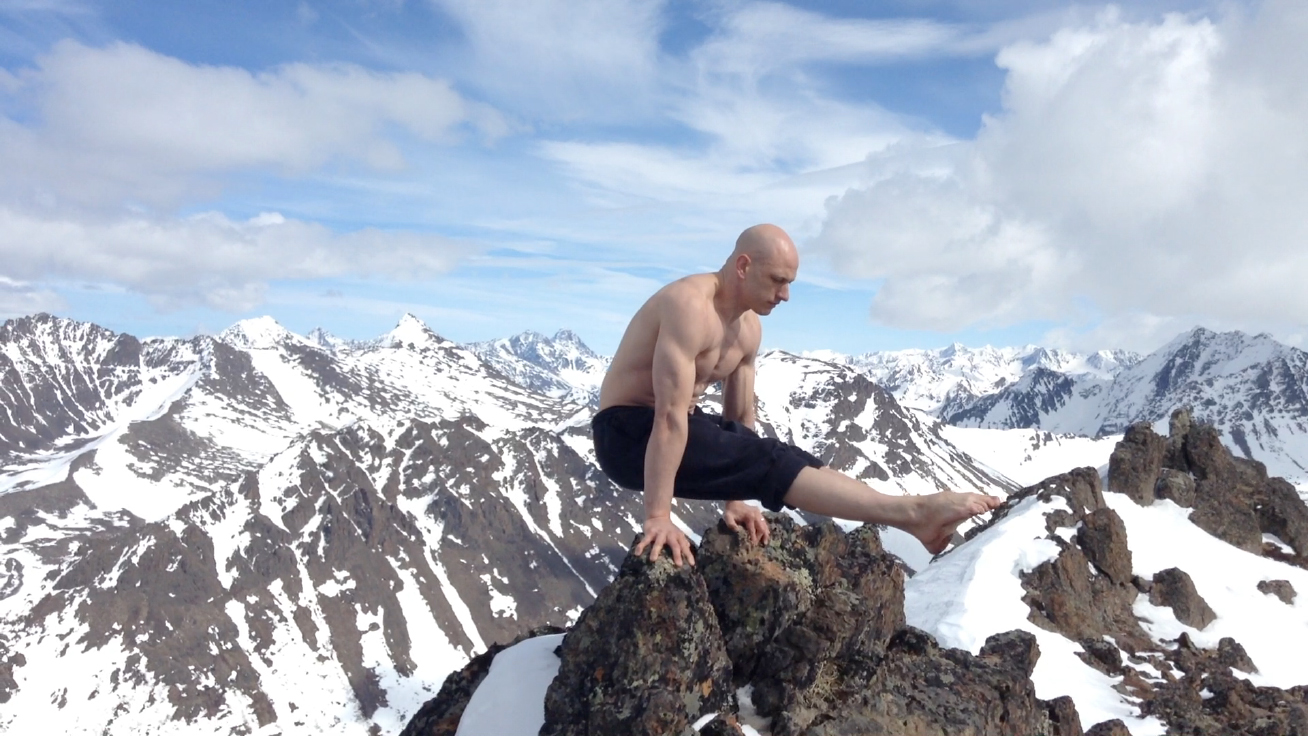 And here's what I do.

I began my training in martial arts, acrobatics, and bodyweight strength and skill and have maintained this practice for decades.

When I was 14, my martial arts instructor told me to go teach. And I've been teaching every since. By 16 had my own martial arts program of over 50 students that I led into competition up through my adult years.

I then earned a couple degrees and became a teacher for middle school all the way up to University for every subject from special education to college level philosophy.

I’m a husband and father. And I’ve been a youth pastor, an educator, and a college teacher.

I’m also an artist, writer, philosopher, and curriculum designer (which was my most recent degree and a passion of mine).

After a few years in the education system, my wife and I decided to leave and build a training facility amongst the bears, snow, and igloos of Alaska, in addition to...

Hundreds of highly skilled athletes through the years...

First, I understand that the human body is extremely amazing and can accomplish incredible feats...when trained properly and when the hard work is put in to generate the adaptation necessary.

I remember competing in martial arts and then finding the beauty of Capoeira, and then powermoves, and then circus arts, and then gymnastics and carefully studying the art and science of movement and building those skills with a similar philosophy of hybridization written about by Bruce Lee in the “Tao of Jeet Kune Do.”

On the other hand, I had also spent nearly my entire childhood sitting in a chair...and then hours upon hours more as a painter and artist sitting behind canvases. As a result of that sedentary lifestyle, by my late 20’s, I already was dealing with major back pain from bulging discs, spinal stenosis, and yes, arthritis. At my worst, my wife had to help carry me into the doctor’s office.

This was a far departure from my competitive martial arts practice and training powermoves and flips in the 110 degree heat of Texas and swamps of Florida.

I’ve heard people all my life say they’re “too old," "they can't," or some other excuse. Even doctors are known to say “just accept it.”

And so when they told me the same thing, there aren’t words to describe the internal struggle I had, because I did not want to quit.

And I didn't quit! (more on that later)

The second reason I have such a passion for this is that I understand how much the mind benefits.

As a child, I watched family members mentally fade away.

As an adult, I’ve witnessed and been personally faced with the tragedy and trauma pushing people--my friends--to their breaking points.

And as a human being, I also have a story.

Within that story, my history, I took time through college to write my master’s thesis on neuroplasticity and the mind and how they relate to spirituality.

And as an educator and coach, as well as a human being on my own quest, I’ve personally witnessed the positive results of physical action, namely higher level training, that can rewire a person’s mind for the better.

They're byproducts of something much greater.

The training also helped me personally overcome bulging discs, spinal stenosis, arthritis, and my own struggles.

And now at 4 decades into life I can do flares, double flips, high bar, aerial silks, and am working on more things, not less...and certainly not quitting.

And others who I work with are rapidly learning how to build the mental and physical strength to do this as well. They have their own stories, with many past injuries and situations that they’re trying to overcome too.

The number 1 thing I always tell people is that it’s about lifelong health.

I just didn’t realize it when I was a kid learning this stuff. Nor did I realize it would have such a good impact on me later in life...or that it would help other people in the way that it does.

So now, I work with people from ages 6 to 60 at both our training facility and online. 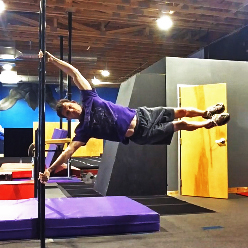 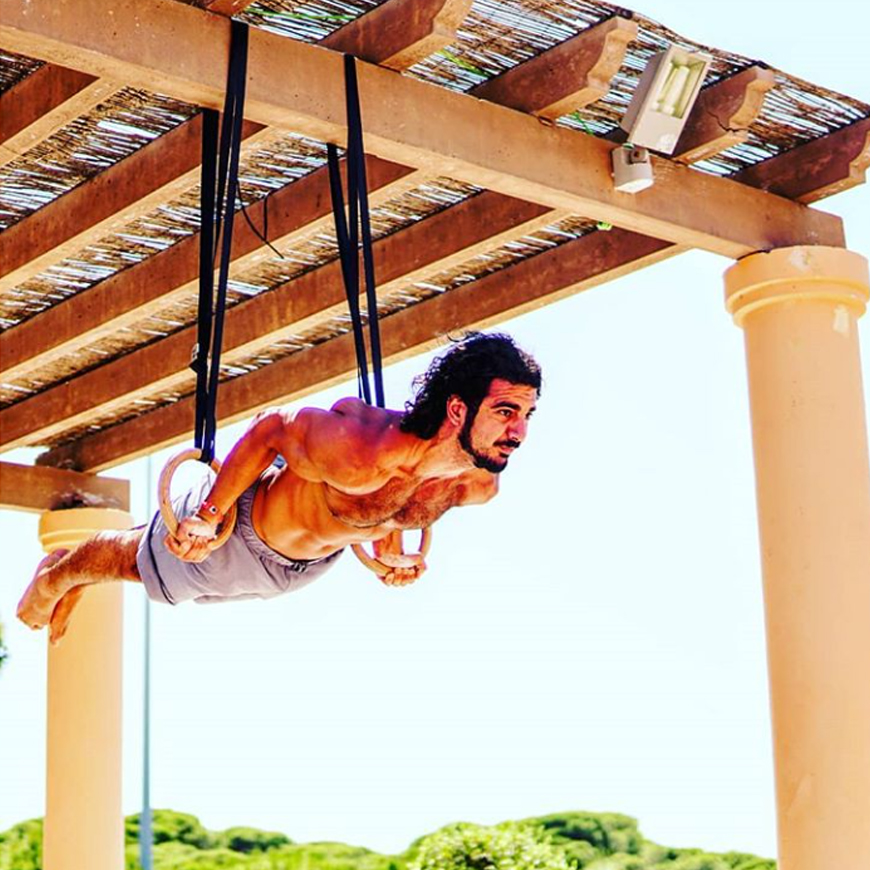 "Lee and his team managed to teach me in just 3 minutes." 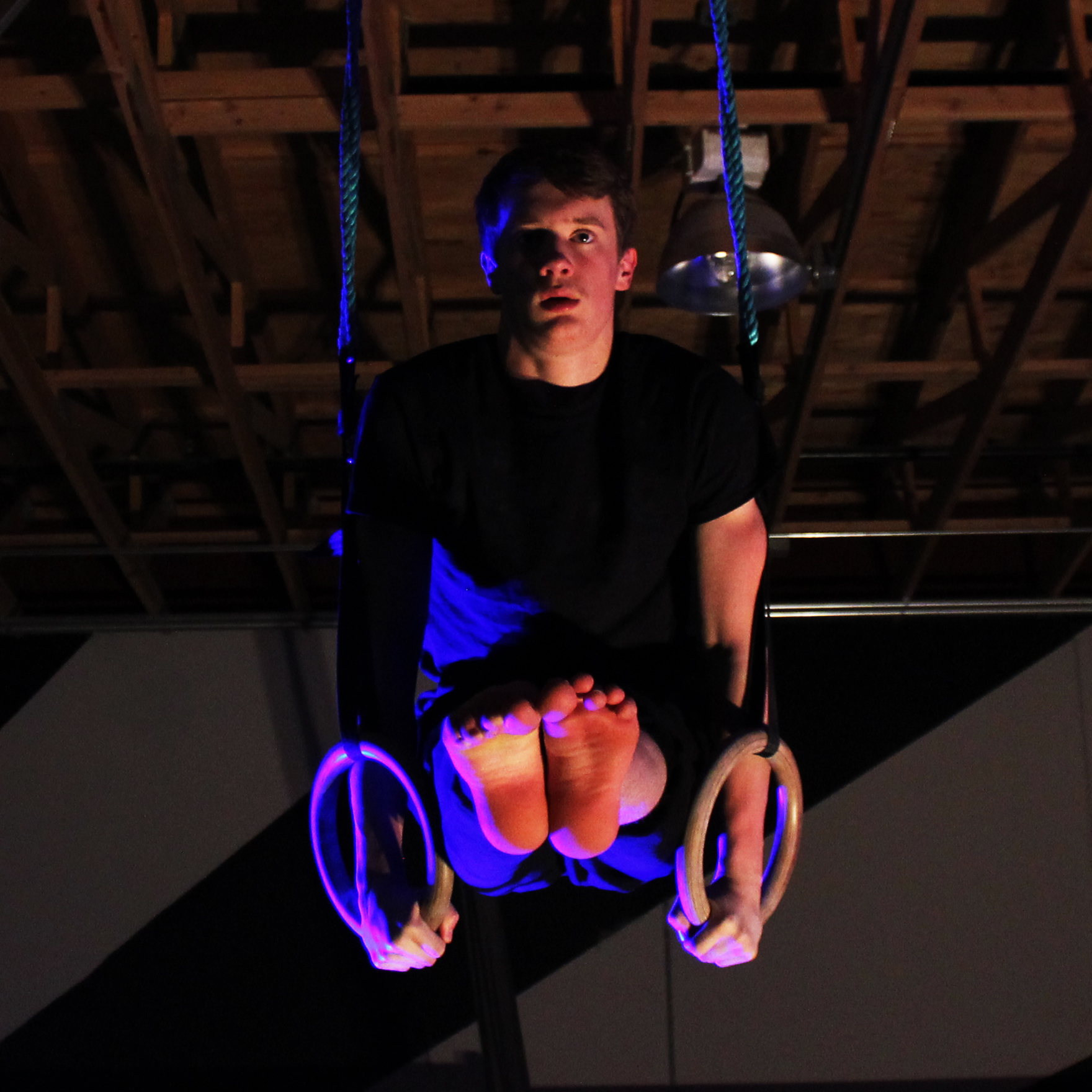 "I've gained a lot of strength."